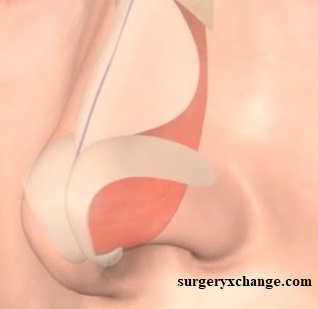 This is the procedure in which the displaced bone and cartilage that divides the two nostrils is repositioned. During the procedure, the nasal septum is straightened and relocated to the middle of your nose. This may involve the surgeon to cut and eliminate parts of the nasal septum before reinserting them in the correct position.

Why you need a septoplasty?

If you are having some deviation of the septum, it is common. When a deviated septum is serious, it can block one side of your nose and reduce airflow, causing difficulty in breathing through one or both sides of your nose. The added exposure of deviated septum to the drying effect of airflow through the nose may sometimes contribute to crusting or bleeding in certain individuals. It helps in straightening the nasal septum by trimming, relocation and substituting the cartilage, bone or both. If you have symptoms, like, difficulty in breathing through the nose that considerably affects your life, you may need a surgery to correct a deviated septum.

Before arranging for septoplasty, you should meet with your surgeon to discuss the benefits and risks of the surgery. This meeting generally includes:

If you smoke,  it is suggested that you stop smoking. Smoking could disturb the healing process after surgery.

How it is executed?

It requires local or general anesthesia, according to your surgeon’s choice and on how complex surgery is.

Have a discussion with the doctor beforehand of which type of anesthesia will suit you.

During the surgery, the cut is closed usually with an absorbable stitch. Soft silicone straps will be inserted in each nostril to support the septum. To avoid bleeding after the operation, the doctor will place bandage-like material in your nose.

Depending on the extent of the surgery, you may not be asked to comply with all of them:

Possible risks specific to Septoplasty include:

SurgeryXchange is an online platform to reduce the cost of hospitalization in India. The Social objective of right healthcare for all through access and affordability is addressed by SurgeryXchange. Get the right doctors, hospitals and be sure you need the surgery through our medical second opinion. SurgeryXchange also helps patients from Africa and other countries with easy access to medical care in India. For more details visit-