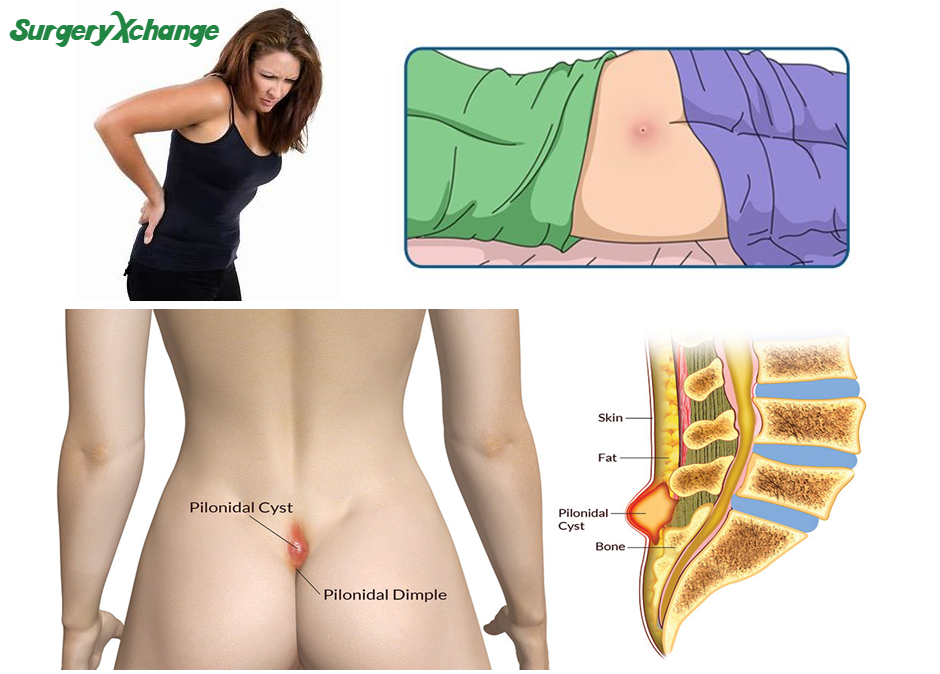 We all know how it feels when we take the pleasure of laying around on our favorite couch when we need it the most. Yeah, it’s the most relaxing thing ever right. Sit, lay back, roll over, read something or even watch TV, you feel the most like you are holidaying.

Now just think if these leisure’s of life are taken away and one is left with pain. If sitting for long duration, wearing tight clothing, and regular pain due to friction in one’s buttocks or just above it, creates an everyday problem in their day to day activities then the chances are high that they might have a sinus known as Pilonidal sinus cyst.

But nothing to worry “Every Problem has a solution attached to it, the only thing is we have to find it”. So, keep calm and let’s see how we can make the best out of one’s couch.

Pilonidal sinus cyst , So how it all started?

Once during the Second World War, thousands of US army jeep travelled for several days, in between the travel their condition became so bad they were not able to take rest for more than an hour at the same place further it got so widespread that they all developed the same disease it was nicknamed as “jeep seat” or “jeep disease” initially then later on due to advancement in science and technology it was renamed as “Pilonidal sinus cyst.”

What is this Pilonidal sinus cyst and how is it caused?

It is a cyst or a lump on the cheek of the buttocks which is generally painful, causes swelling, makes the area red, often results in high fever and might cause weakness as well. This can also lead to “Pilonidal sinus cyst” in the long run which means pus that has built up within the tissue of the buttocks.

In a study done in the UK regarding Pilonidal sinus cyst, it is told that around 300 in every million people generally at age of 15 to 40 suffer from this.

Although the exact cause for this is not known doctors believe that changes in the hormonal tendencies, hair growth, and excessive sweating can be few of the reasons. Also, recent trends show that people who have a sitting job, having an irregular lifestyle and having hygienic issues can develop such kinds of diseases as well.

What are its symptoms which arise due to Pilonidal sinus cyst?

The symptom can start from itchiness, as many people in the age range consume oily or fatty foods due to their busy work schedule and lack of time, resulting in reddening the area due to regular inching.

The next can be a hair loss in the affected area, making it more vulnerable resulting in more friction while sitting, walking or wearing tight clothes. Thus, if not treated at this stage may cause a cyst which may have higher implication causing thick pus or maybe blood draining from the abscess causing a foul smell.

It can cause regular pain, increasing the swelling and also can boil which can be pretty heartening.

Researchers also have proved that if not taken care at an early stage than the cyst can cause a permanent damage to the tissue of the skin.

How can a Pilonidal sinus cyst be treated?

Generally, a Pilonidal sinus cyst can be diagnosed by at what stage it is and sometimes by location as well. The doctor has to examine the cyst to confirm a diagnosis; regular tests are also taken care focusing more towards the reason for the same.

Though there are many Treatment methods right from Conservative treating, antibiotic therapy, Lancing, or phenol injection it lot depends upon one’s day to day activity and hereditary issues.

For an early stage of symptom, it is recommendable to go with a conservative method wherein there is no such sign of inflammation and hair loss, the doctor can prescribe few medicines, paying high attention to regular hygiene and essential food. Also making sure one`s wearing clean clothes on a regular basis.

The second stage is antibiotic Therapy which means treating the wound externally. The doctor first analysis it as to what might have caused by asking several questions about day to day routine and then treats it accordingly. Lancing and Phenol Injection are processes which are used in the modern era of medicine, this is an external process which makes sure that the abysses in the body is completely removed it also be removed via a  small surgery but it also depends upon the patient how intense the cyst is and will operate it accordingly.

Above are some of the different ways on how to treat pilonidal sines but is it always recommendable and advisable to go for a medical consultation when symptoms arise.

What are the Precautions one need to take care?

So now we all have seen what Pilonidal sinus cyst is so it’s better if we take care beforehand. Some of the precautions can be as follows: –

Though any disease can happen at any point but as they all say “Prevention is better than cure”. So why to take a second chance, let’s take action before it becomes a bigger issue in future.

And follow the above steps as it can help to reduce the occurring of such kinds of diseases and at least provide space in our busy lives for a leisurely couch experience.